She Impacts Culture Podcast Episode #12, Kristen Padilla, Your “Calling” is a Journey, Not an Event 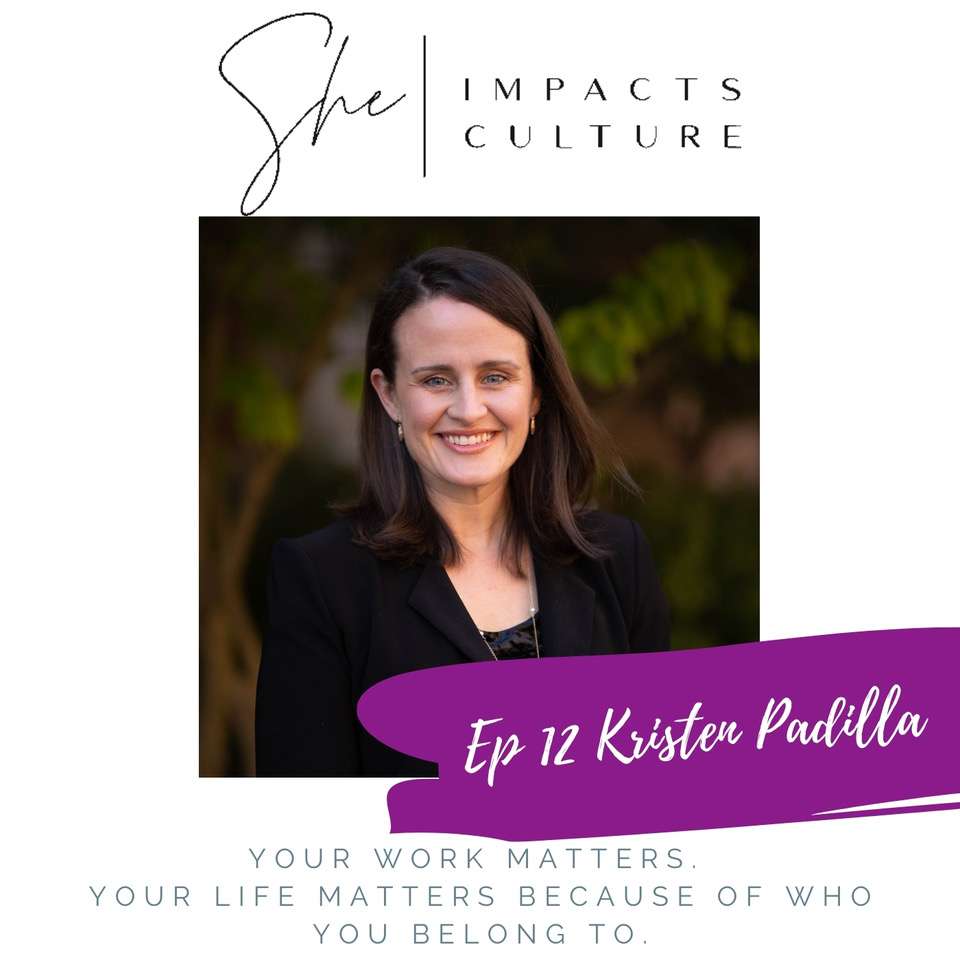 In her role of marketing and communication, Kristen produces and co-hosts the weekly Beeson podcast and serves as editor of the Beeson magazine. Since 2015 under Padilla’s leadership, the marketing and communication office has won numerous awards including Best in Class and Award of Excellence from DeRose-Hinkhouse Memorial Awards sponsored by the Religion Communicators Council and first and second place from Wilmer C. Fields Awards presented by the Baptist Communicators Association. Following graduation from Beeson Divinity in 2008, Kristen was a news reporter for The Alabama Baptist newspaper and later worked for Woman’s Missionary Union (WMU). She is the author of Now That I’m Called: A Guide for Women Discerning a Call to Ministry (Zondervan Academic, 2018). Kristen has published two Bible studies and a number of articles. Her work on human trafficking published in The Alabama Baptist received an Award of Excellence for reporting and writing in a theme section and an Award of Merit for reporting and writing in in-depth coverage from the Associated Church Press in 2014. Kristen is married to Osvaldo, and they have one son. They are members of The Cathedral Church of the Advent.

In today’s episode, Kristen and I chat about what it means to be a minister of the Gospel, how we discern our calling from God, the Bible and whether it restricts women in ministry, what the advancement of the Gospel looks like in our workplaces, the importance of mentorship, what it looks like, and biblical examples of mentorship, and lastly, we chat about Kristen’s book, “Now That I’m Called”

Friends, your calling is a journey and you’ve been called to advance the Gospel right where God has placed you. May this episode empower you to live fully into the Holy calling that God has given you!

Connect with Kristen at: